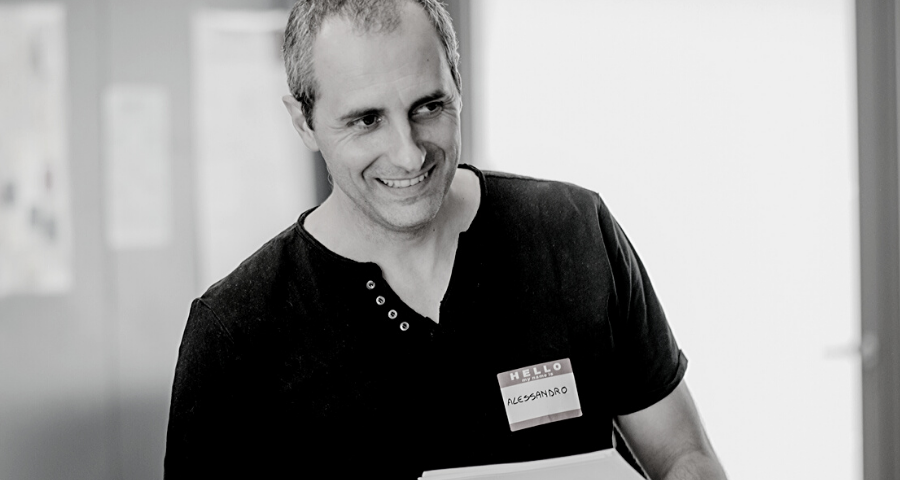 Like many guys of his generation, Alessandro approached the world of programming when he was given a Commodore64: from playing to trying to do his own games was a short step and that’s how he became passionate about languages.
At the age of 16 he got a 8086 and has been following all the hardware, operative systems and programming languages evolutions ever since.

Over the past 20 years within the IT field, Alessandro has been developing for vertical management systems and he’s been developing apps from scratch for a great variety of companies and types of businesses.
He approached Agile practices and Domain-Driven Design in 2009 and he’s been “searching for the truth” ever since.

Lately, other than working with eCommerce companies, he’s also been developing AR apps, conversational bots, and he’s been using tools such as kinect, oculus rift and drones.

Alessandro loves foreign languages and he’s also passionate about martial arts, he’s a Krav Maga instructor and, in the remaining free time, he studies and stays up-to-date on his top passion: programming.

Come testare il comportamento del dominio: the video of our remote meetup with Alberto Acerbis and Alessandro Colla (in Italian).