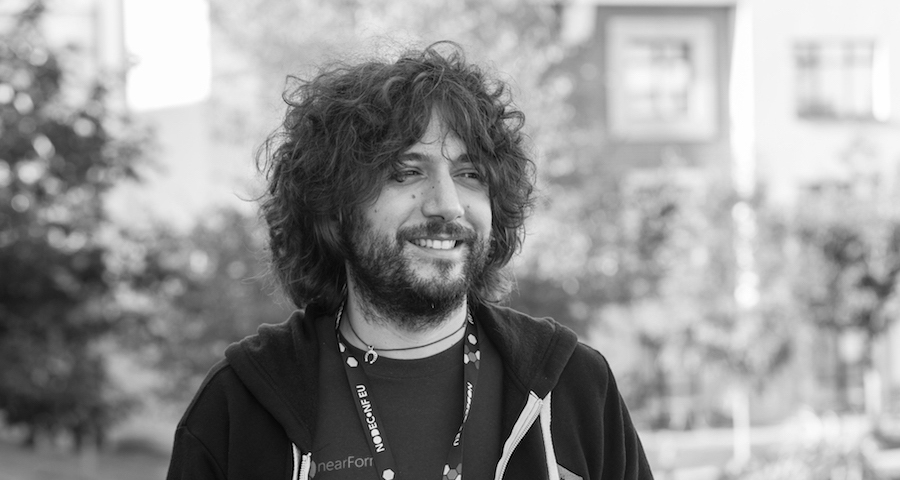 Matteo is a code pirate and mad scientist.

Now he is a Technical Director at nearForm, where he consults for the top brands in world, as well as member of the Technical Steering Committee of the Node.js project.

He spends most of his days programming in node.js, but in the past he worked with Ruby, Java and Objective-C.

In 2014, he defended his Ph.D. thesis titled Application Platforms for the Internet of Things.

Matteo is also the author of the Node.js MQTT Broker, Mosca, the fast logger Pino and of the LevelGraph database. Since last December, he is a Node.js collaborator, maintaining UDP and Streams.

In the summer he loves sailing the Sirocco.

Check out the interview with Matteo Collina Node.js: Non solo uno strumento server-side on our blog.

Watch our interview with Matteo Collina Sviluppare in Node.js.