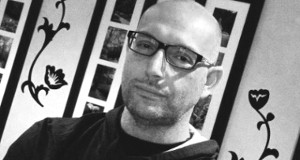 I’ve been building and destroying software for almost thirty years, since when Santa Claus brought me a ZX-Spectrum.

When I was a child, while my buddies were talking with their imaginary friends, I was used to talk to machines: first, unsuccessfully, to radio and television, then to computers; suddenly, when I learned their language copying pages of listings from computer magazines, they began to obey me.

I have always worked in the computer sector, with all languages ​​as I could and in all possible roles; after a (long) period in managerial roles, from a few years I went back to “get my hands dirty” with both mobile and backend programming.

The release of the iPhone got me back the excitement I felt when I programmed as a child, and is now my preferred development platform.

Currently I am involved in an adventure in London, with my wife and two little wannabe-hackers, where I do what I like most: program!

Author of: Swift by Example.